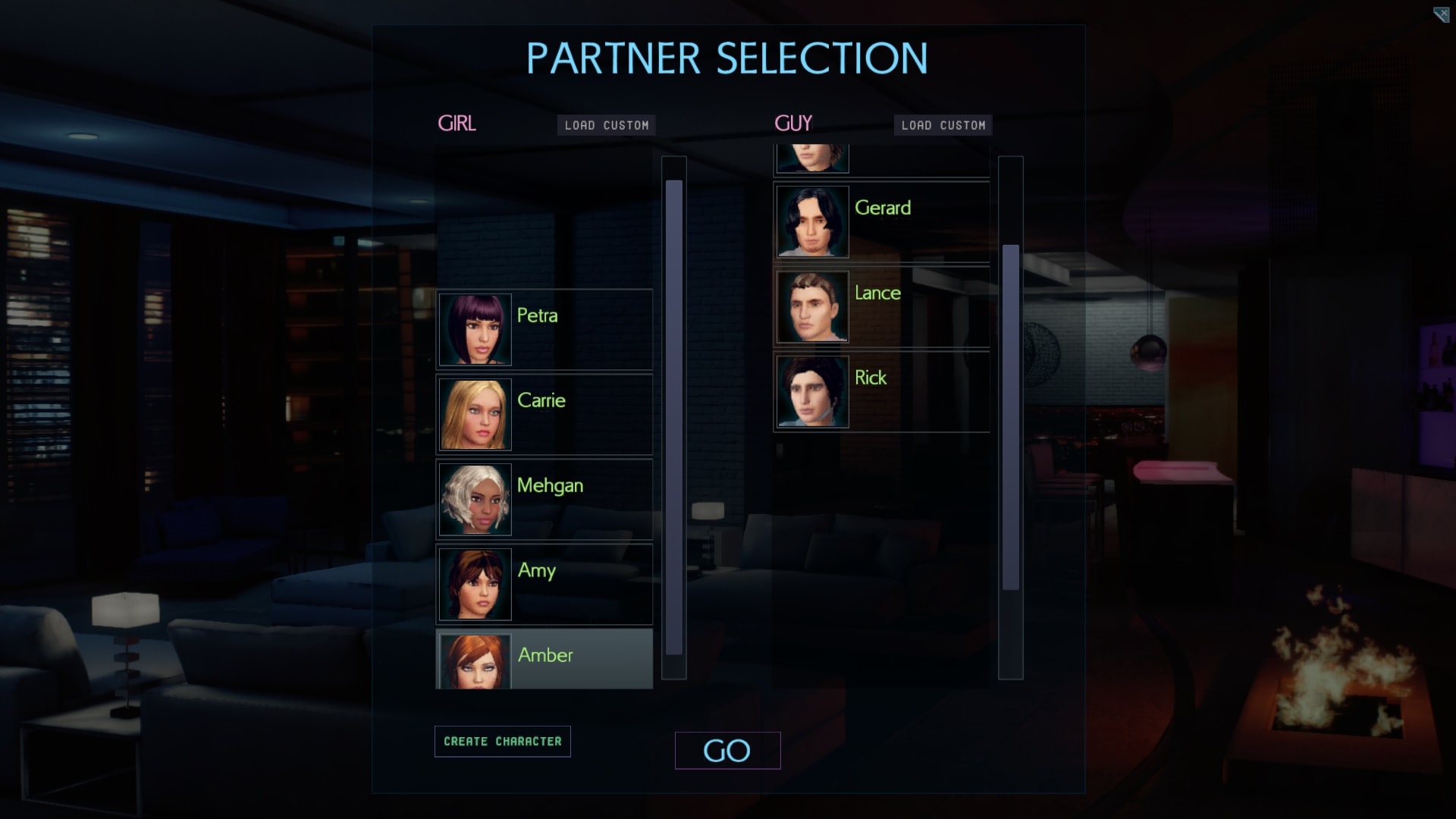 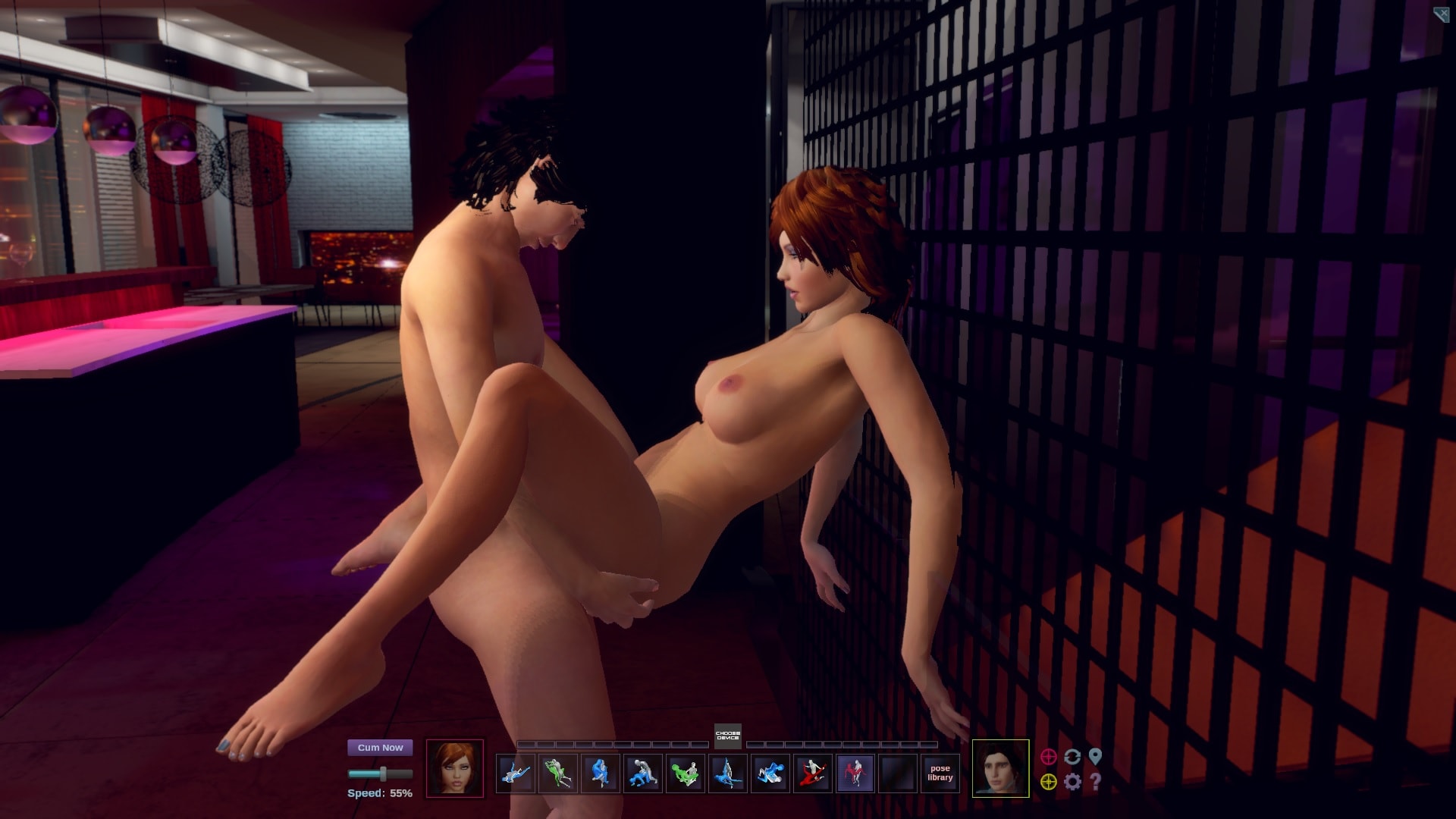 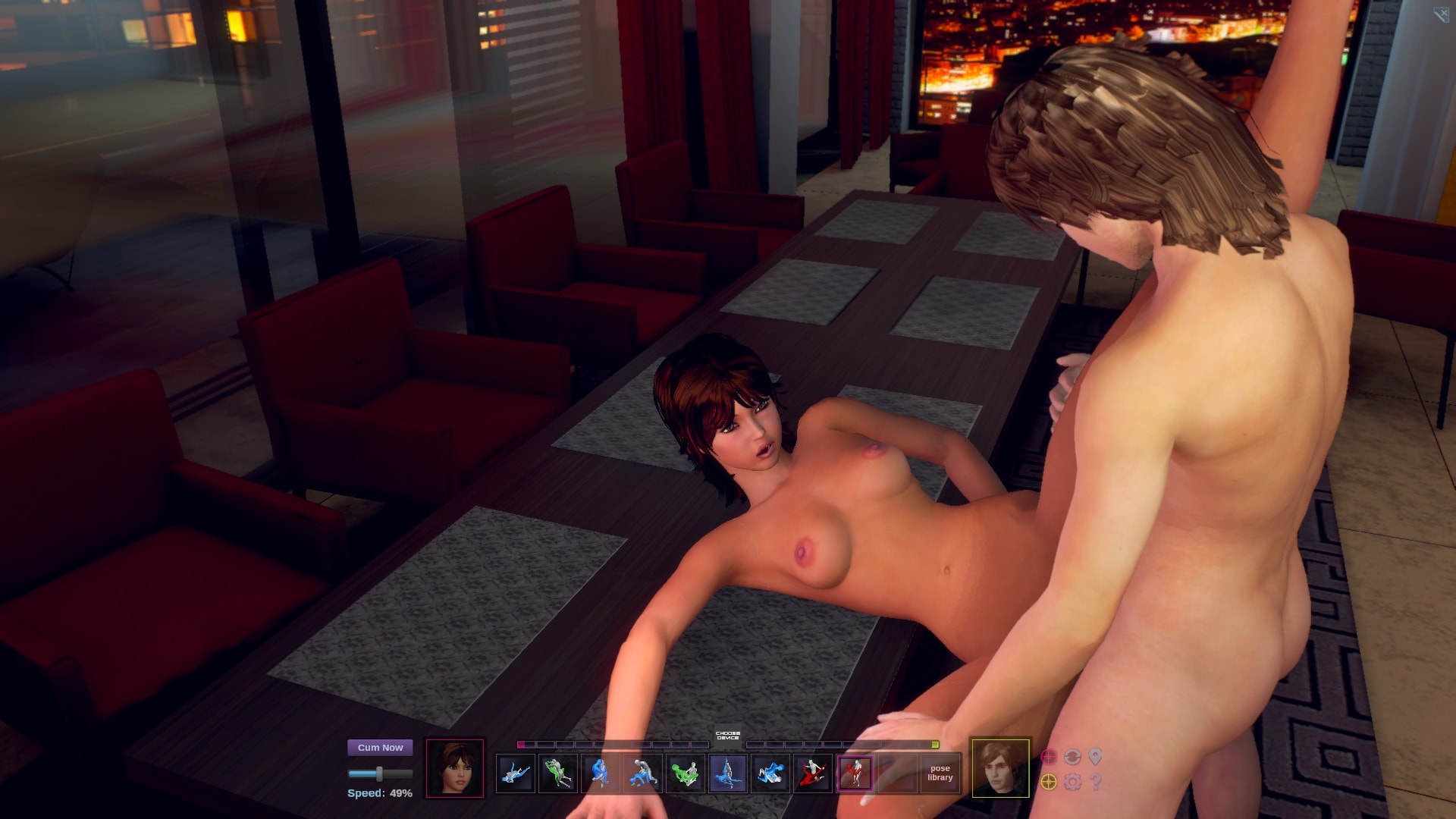 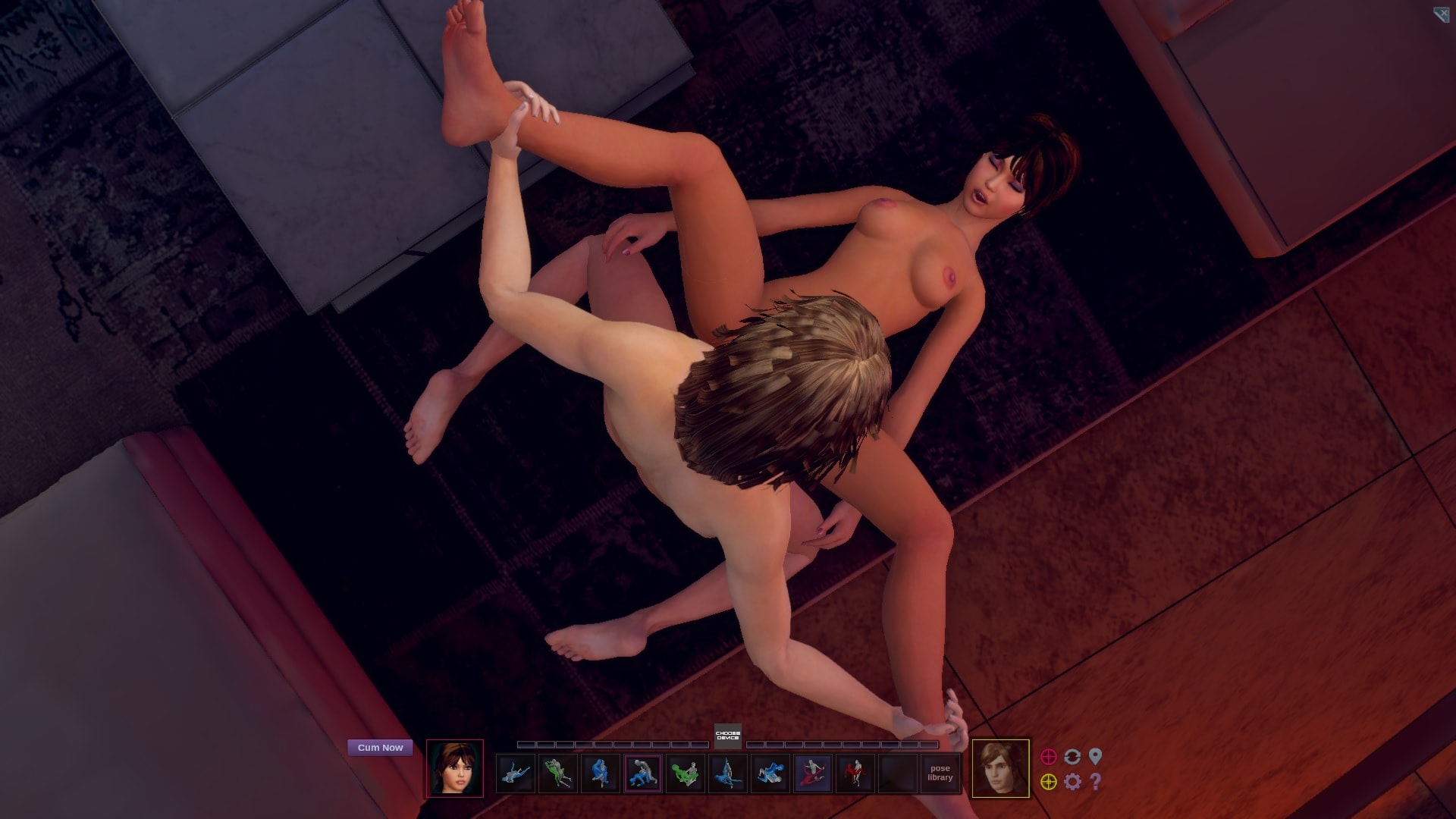 City of sin 3D is developed using Unity Engine. You need to download the game, log in to and get carried away by the experience. Once you are logged in, you will see the impressive virtual avatars on the tour page ready to shake your fantasy world and bring it to reality. Pair any babe and lad, send signals to them and watch them in action. There is also the unique chance to create new characters if you find the already present ones unsatisfactory. You can only get tired of characterizing your model. You can do so much to your sex toys like changing the shape of their eyebrows, or even their head to changing the size of their tits and nipples. Once your characters appear appealing to your eyes, you can then go ahead and choose them your favorite fuck position from the pose library on the bottom of the screen. Now let your heart rate increase as you watch them slam the best way you love it. You also have the liberty to make them climax at your will.

Ufeel.tv and 3Dadult.com run this city Of Sin 3D project. Ufeel was the first channel to introduce interactive adult content in the world of entertainment. The partnership brings nothing but the best game-changing treats to keep your pants wet and blow your mind. This game offers a wide range of graphics that is beyond the conventional usual with the resolution menu giving five heartthrob options. Graphic levels range from simple to fantastic. The compatibility with Fleshlight Vstroker and the FlixBand together with 4K technology makes the whole experience out of this world. By exploiting all the opportunities provided by its game engine, nothing beats the excitement and arousal and entertainment created. 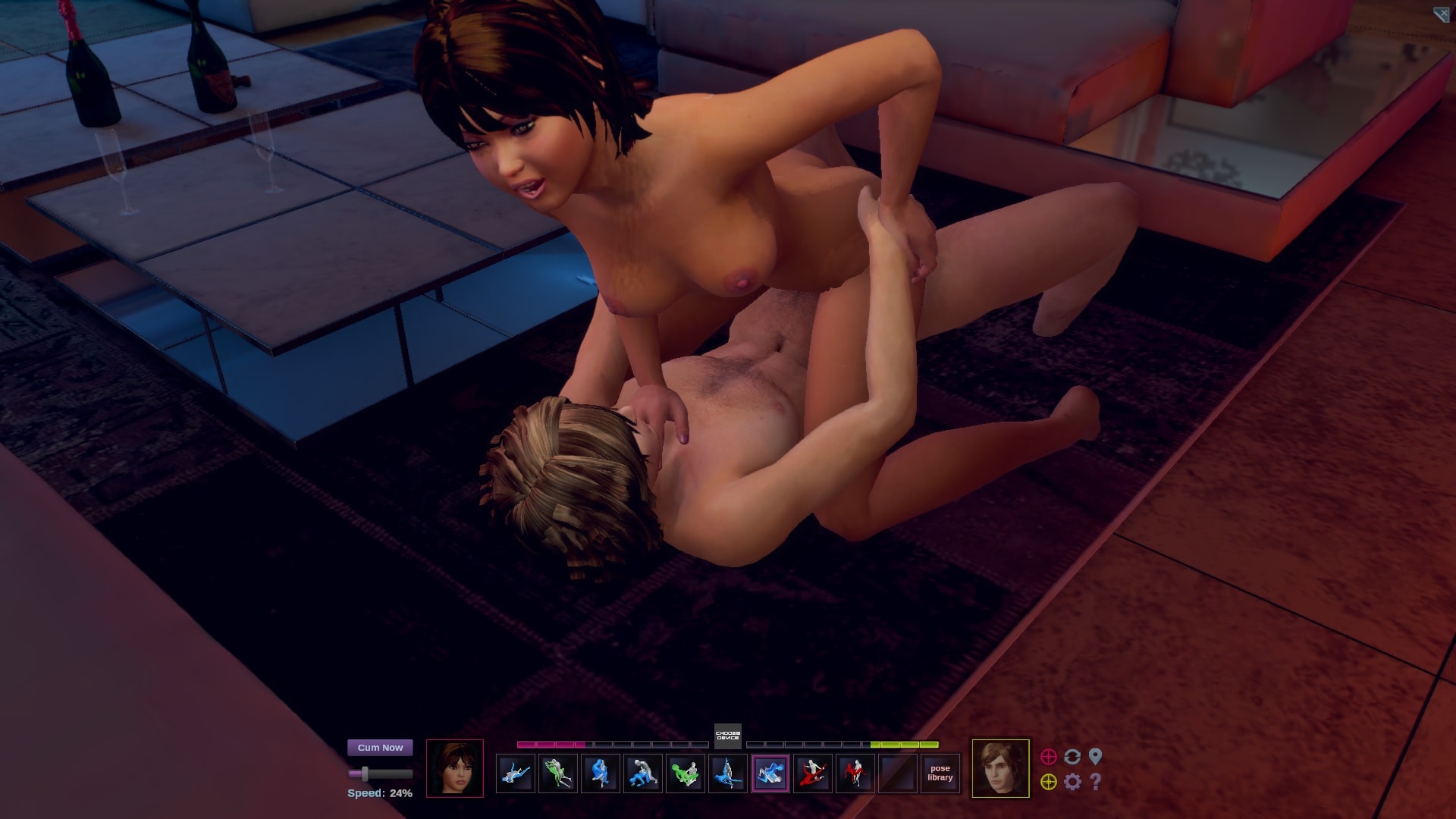 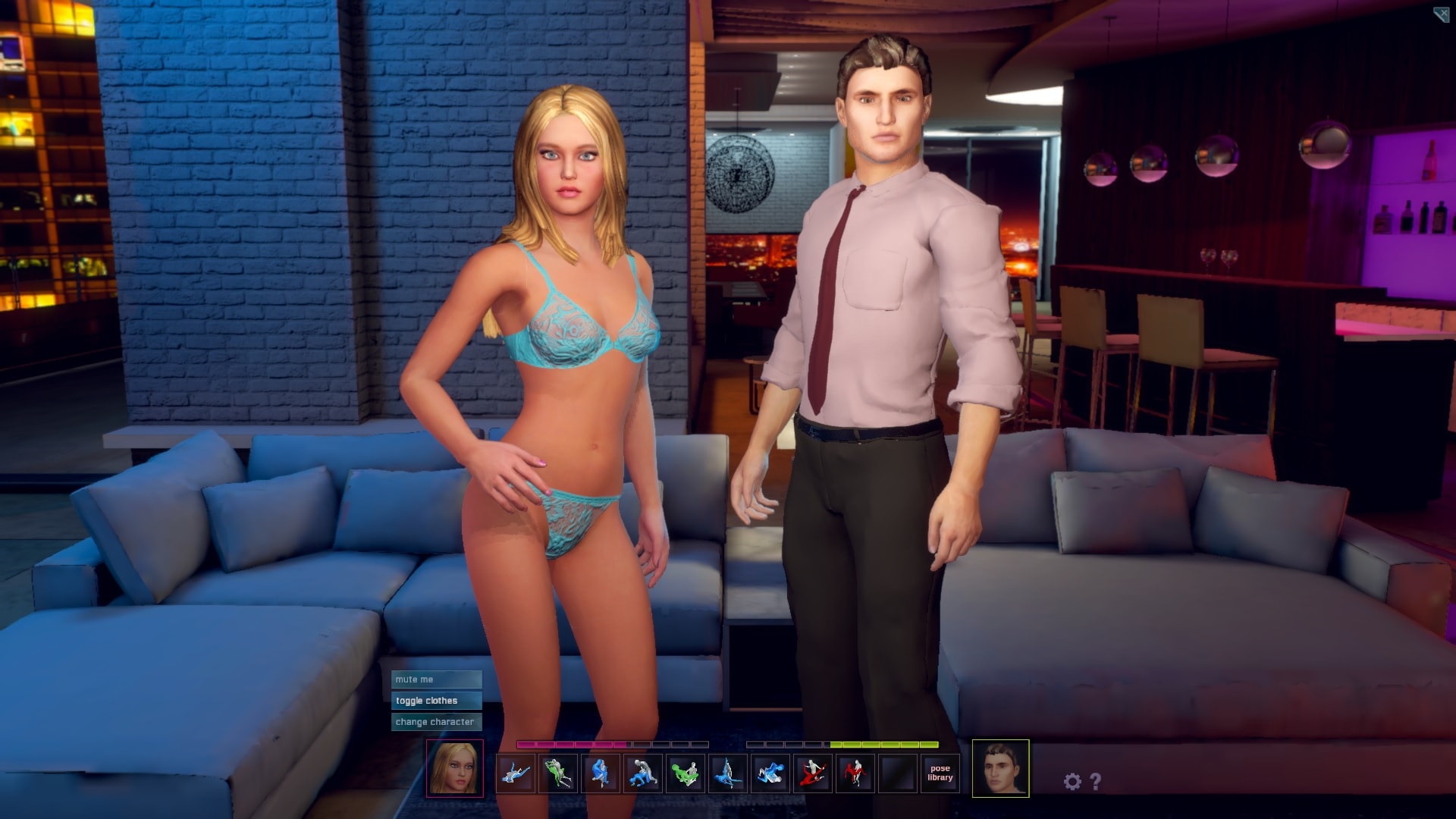 Such technology is combined with virtual 3D technology which makes everything quite amazing. The characters in the game look as realistic as they can be with included 4k. You access the game by creating an account and signing up for one of the three memberships options, including one for which you pay $9.99.

The game is created using Unity Engine, which is usually downloaded. The tour page shows images of avatars that are quite impressive getting themselves into all types of sexual mischief. Once you log in, you will find yourself in a member's area that has a useful newsfeed at the center and upfront.

Once you start playing the game, you have a choice of eight different characters to play with, and ten if you have the most recent game. You can also create a custom character. You can make a character in exactly the way you wish, and to fulfill your wildest fantasy.

The gameplay tends to go well, and everything seemed to respond well. Watching this game and having the pleasure of controlling the players gives one a third person perspective. It will tend to arouse the voyeur in you. City of Sin 3D is extremely interactive and immersive, much more than others in the market and is compatible with both flixband and Vstroker sex toys, which syncs your thrusts and deepens your pleasure. You will need to get the assistance of these two devises when playing the game to get the full pleasure.

The game offers a wide variety of graphics. The resolution menu provides five different options all the way from 480p to almost 1080p. The graphics levels are four, namely good, beautiful, simple, and fantastic. Use fantastic and beautiful if you do play. You will need a decent GPU and CPU combo as lesser systems will have issues with the recommended levels.

So, if you are looking for that game that will blow your mind, look for City of Sin, 3D and remember to pair it with your Flixband and VStroker. 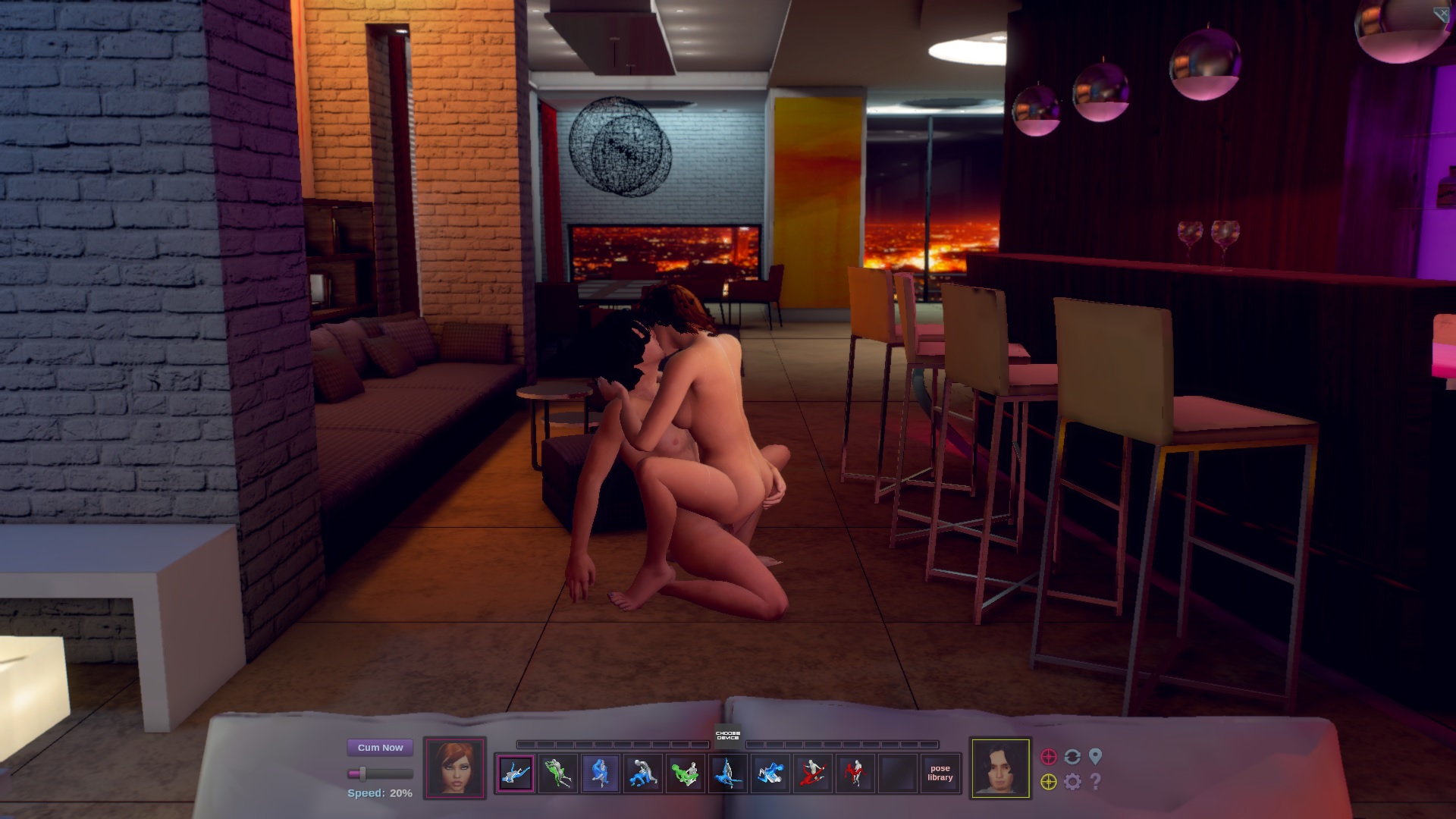 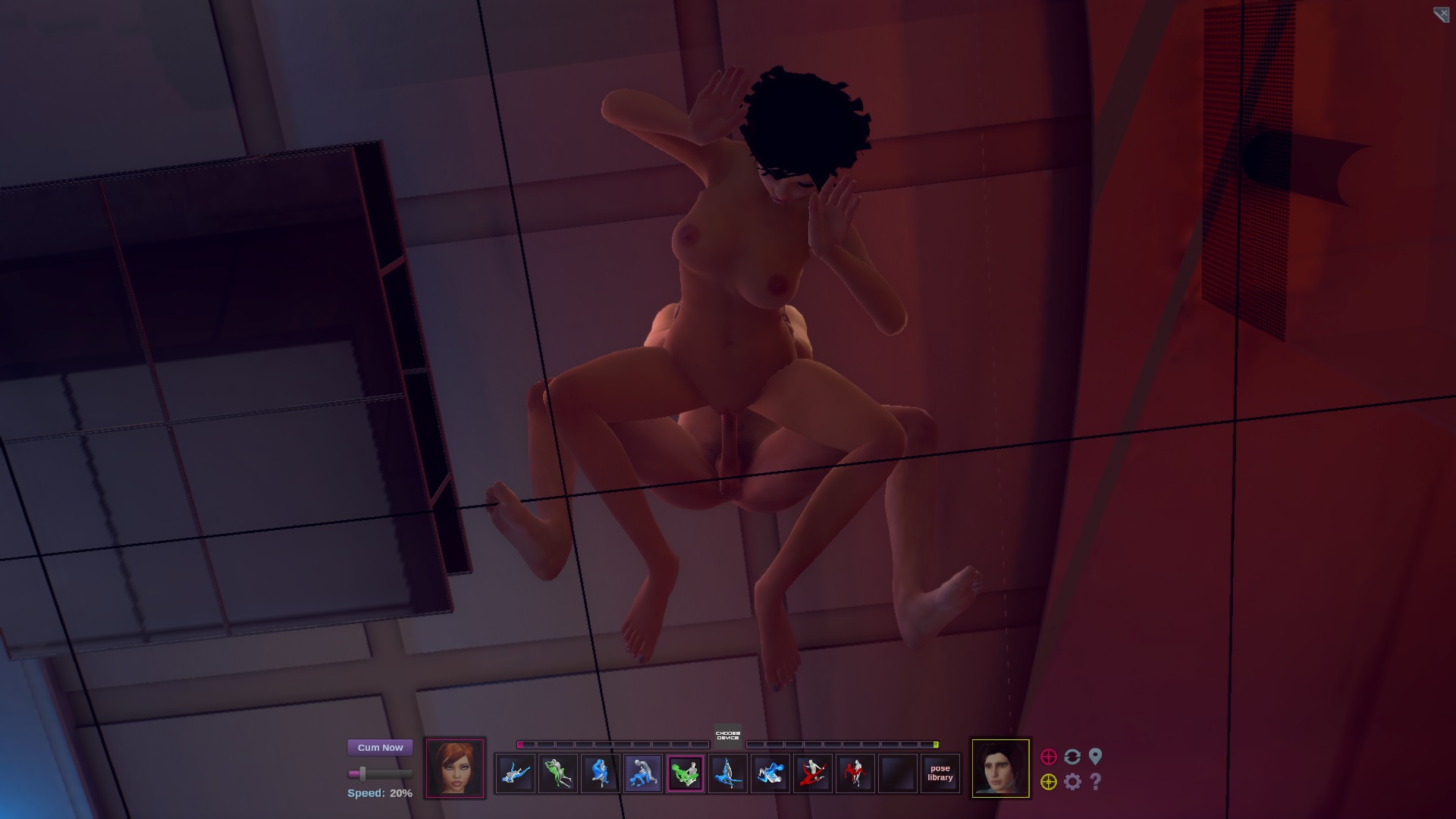 You know what, though? These "details" hardly seem to matter since the interaction here with the sex partner (that you get to custom design in addition to a bespoke body that you get to make for your won bad self) seems to be super organic and super natural. Seriously, the way these girls move -all the while moaning softly and blinking their eyes- will really put you right in the middle of things where you want to be. There's plenty of plush seating to choose from in the City of Sin 3D environment but you may be pleasantly surprised when she wants to do it on the floor. Switch views and move your mouse around to get a good. You can even make City of Sin 3D work with one of the many compatible interactive, plug-and-play sex toys.

There is a wide variety of body-types, features (both facial and corporal), make-up, clothes, colors, and more to choose from in the City of Sin 3D online sex game and app. There's lots of tattoos and piercings too, and you can even craft the perfect penis and pussy. And when we said that this game caters to users that are out there on the edge with their sexual proclivities, we weren't joking: you can add "futanari" to your fun by giving a girl a massive cock that you can suck on, slap against you, or sit on. In fact, any sexual orientation can be actively explored with City of Sin 3D game for adults. Who knows? Over the course of experimenting with this interactive pornographic platform (both by yourself and with other anonymous users online) you may even end up discovering sides to your sexuality that you didn't even know that you had. 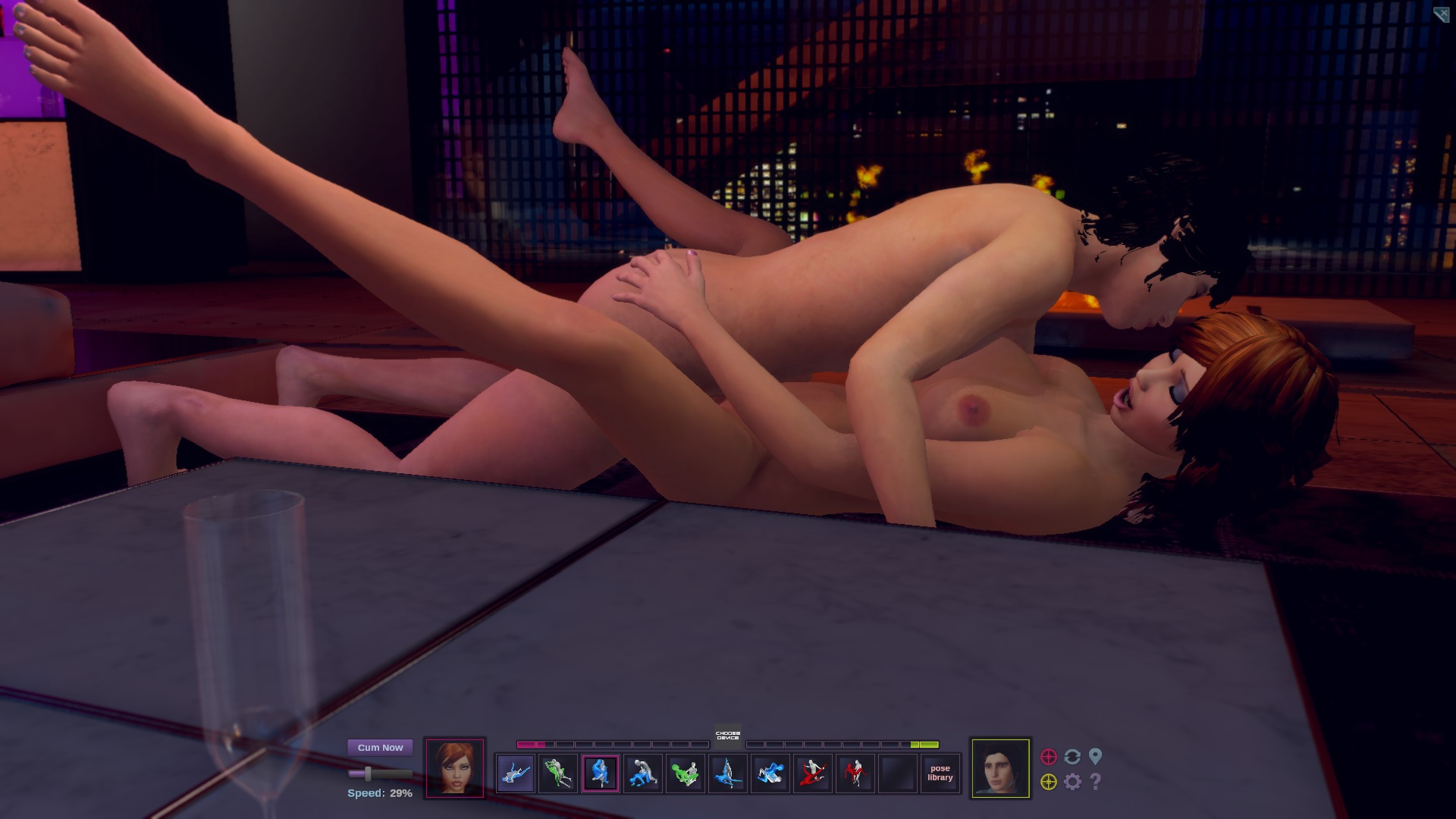 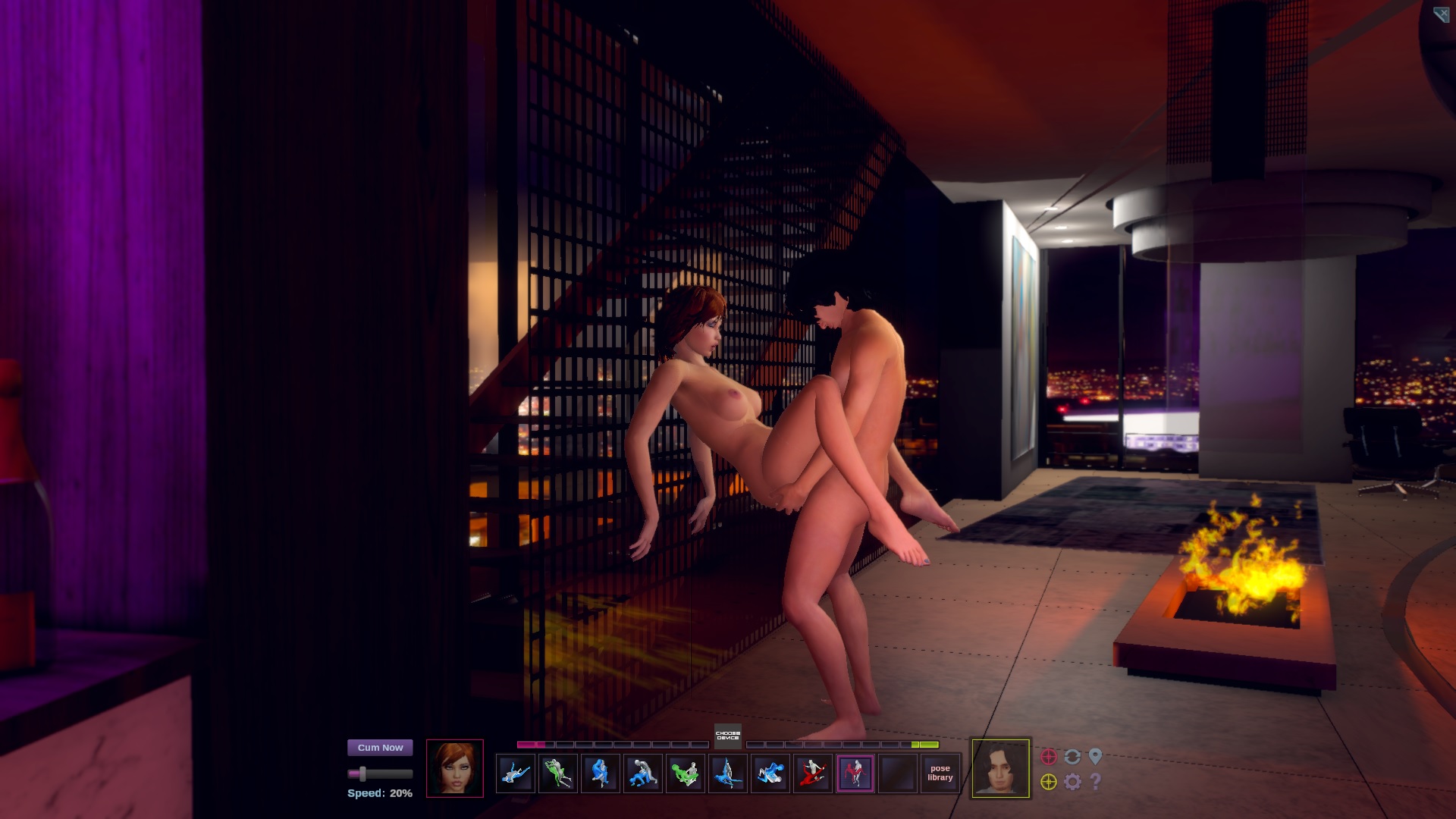 Once you log in, City of Sin 3D starts by character creation where you choose the girl or guy of your interest and exact looks. You can select the hairstyle, bodyshape, size, cock size, piercings, and tattoos. if you still don't like what you are given, you can make the particular changes. You are then offered a spacious area that looks exactly like a fabulous high-end condo at the center of a well populated and busy city to start your game. The game arena can be set to a nighttime view and watch through the window. It seems small, but it makes the game more interesting as you enjoy the view while fucking on your couch before cumming.

Currently, the game provides you with 16 characters that you can enjoy an immersive time with. You are free to welcome any of your choices to your house as each offers a different experience. For instance, Tina Tonight is a seductive redhead with a flawless body and luscious lips. Mirrah Hardcore is a well-tattooed kinkster interested in the men who want to be a little rough or hard on her. In the game also, you find Lance Deep, a dirty doctor with a massive cock who enjoys fucking the available girls. All the characters are carefully designed to provide the greatest arousal and pleasure.

As you know, graphical quality and character design on virtual games go well in animation. We have professionally worked on that aspect. To make the game more real, the City of Sin 3D gives you total control of the view. This means that instead of choosing from predetermined angles, you can select what you want. If you are interested in the tight game sex; go ahead and zoom. If you wish to watch her facial expressions during the act, just swing around the front. If you intend to have an underneath view, that's your prerogative. You can't get bored of watching the characters in the same position all through as the game gives you impressive freedom with new scenes.

City of Sin 3D contains a lot that we would recommend about. It is perfectly designed to sync up with both Flixband and VStroker; hence you don't have to worry about compatibility issues. You merely need to have a joystick or controller, mouse setup and a keyboard to control the lovemaking flow. The game setting is fantastic, fun is limitless, the animation is on point, and you are guaranteed hours of unending pleasure. More features will be added as we are working on increasing the compatible sex toys. To enjoy the heart throbbing experience, download the game app first, then create your account and sign up. Several packages will be provided to you on your homepage menu. Subscribe to the membership and fulfill your fantasies with this fun and unique game.

An endless world of possibilities for you to explore. Fully interactive 4k HD quality that will blow your mind!

City of Sin is the next generation in a virtual sex experience. You will enjoy immersive, multi-sensory sexual experiences unlike anything else. This is the next level in adult gaming! Join Today!